At a book signing for his latest book, Paranoid Nation:  The Real Story of the 2008 Fight for the Presidency, Matt Towery talks about why Atlanta is the model of political race relations. January, 28, 2009. Manuel’s Tavern, Atlanta, GA.

Specs: this video was shot with the Kodak EasyShare Z1275, a really crappy still camera, but not a bad video cam at all for a measly $120. refurbished (with shipping) to stick in one’s purse for the multimedia-ite on the go. Shoots HD video too. This snippet shot in 640X480 “normal” size though. Audio turned out much better’n I expected.

more about “Matt Towery Talks About Atlanta and P…“, posted with vodpod

A Presidency doomed… by a character drawn from lifelong bitterness and resentment over self-perceived “elitism?” Matt Towery, of Southern Political Report/InsiderAdvantage, has a few terribly interesting and highly unique comments about the riveting movie, Frost/Nixon.

Why so unique? Towery just so happened to have once met Nixon… and attended Cambridge. From Southern Political Report today:

Fast-forward to real-life. It was 1983. I had worked as an aide to a Republican U.S. senator, but was completing my degrees at David Frost’s same Cambridge University. Back in the United States on holiday, I was at a well-known private establishment when a group of prominent Republican fundraisers spotted me and insisted that they had “Dick Nixon” with them in the next room. I thought they were joking, but instead, as they opened the door, there he stood, larger than life.

They told Nixon that I had worked in the Senate, but was now at Cambridge, studying toward an advanced degree in International Relations.

Nixon didn’t miss a beat. First the charm: “Most Americans think Oxford is the best … but all the smart guys go to Cambridge.” As with Frost, Nixon had charmed me in a flash. But in the course of our chat — Nixon clearly enjoyed talking international relations — he asked me an odd question in a newly sincere tone: “Are they treating you OK there?”

I guess with my Southern accent and lack of sophistication, he assumed that I, too, was a victim of highbred elitism.

Ironically, just like David Frost in the movie, my response shocked him. I felt totally at ease with the university and my many friends. Nixon shrugged off the subject and proceeded to allow me to question him for my dissertation. I had lucked out.

And therein lies the essence of this stellar film. Richard Nixon could be both a charmer and his own worst enemy. In displaying his insecurities about a real or imagined world of “elites,” he was an early embodiment of the “Paranoid Nation” I describe in my book.

Now that Caroline Kennedy has been cured of her allergy to the Democratic Party, she should certainly be designated Senator from New York just because she feels like it. Think of how a slide show a day of old Kennedy family photos could breath life into old, flagging media plantations!

In other Kennedy matters, Matt Towery talks about the Kennedy family role in the Obama nomination here. It’s all in his new book, Paranoid Nation. Order your copy by clicking ad to your right. On book store shelves this week too.

Order your copy of Paranoid Nation: The Real Story of the Fight For The 2008 Election now, because there will be only ONE printing available before Christmas. And you sure don’t want the paranoid political junkies on your shopping list to be left-out. Then they’ll, of course, blame you for everything whacked in their life!

Pre-order from Amazon here now. Or click-on the above photo. Video to tell you all about what you’ll find in the book is here.

HINT: Paranoid Nation is full of great political news, gossip, and poll analysis. My personal fave is a whole new story about Zell Miller I assure you you’ve NEVER heard before! Perfect for regaling folk at that office Christmas party with. If your office is having a Christmas party this year that is. If not, think of that old dude on the bar stool next to you. He’ll surely appreciate a good Zell Miller tale for Christmas.

And yes folks, you have been reading a WaySouth Media, Inc. promotion.

Pre-order the book, Paranoid Nation, for the only before-Christmas printing availability by clicking the ad to your right.

Vodpod videos no longer available.
more about ““The New Dynamic Out There People Are…“, posted with vodpod 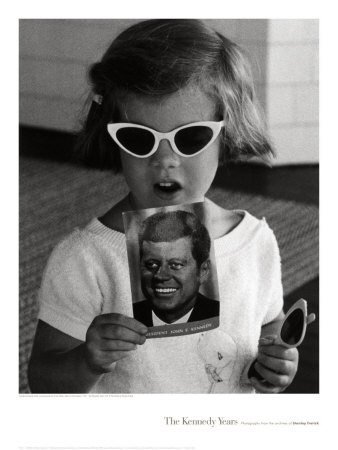 Dear Lordy: Please let us not have to sing that awful swan song come November. InsiderAdvantage’s Matt Towery has some hard new numbers and anaylsis about Obama’s slip (via the Palin bounce) in the youth-y stats. And he wags a finger right at Caroline Kennedy for (possibly) screwing everything up.

September 12, 2008 — The hidden story of the last week has been the shift in many states and nationwide among the youngest of voters, those ages 18-to-29, from a solid entrenchment in the Obama camp to a significant drift toward a newly revived John McCain effort, all courtesy of Gov. Sarah Palin.

Our survey approach keeps young respondents from being interviewed by young interviewers, thus avoiding the inevitable pressure a youthful poll respondent might feel to “fit in” and claim to be a supporter of Obama. As a result, younger voters, while still favoring Obama, have moved to the McCain column in not insubstantial numbers. Exit polls showed that among this group of voters, John Kerry carried their vote by roughly a 55 percent to 45 percent margin. But that was close enough to allow Bush to win the 2004 election by a fairly comfortable margin.

This takes me back to what I wrote in the past and continue to believe today: Hillary Clinton, for all of her alleged negatives, could have delivered Barack Obama the kind of “superstar” ticket he needed in order to win the presidency. But Caroline Kennedy and the East Coast Democratic Establishment, once again, could not see past their insular worldview that New England is representative of America as a whole. From Dukakis to Kerry to Biden, the Democratic Party continues to go back to the same throwback region of America to find its top standard bearers.

Full story here. Caroline the Wicked Witch of America? Who’d have though?

Polls aren’t bumping that’s for sure. But could it all “turn on a dime” tonight when Obama gives it the rock start treatment from the stadium? A huge mistake, that stadium staging thing if you ask me, which of course no one did, but it will surely help fuel the visual fire for a flood of hideously negative ads from the Repugs. Talk about lying in wait. And I’m mixing more metaphors than I do martinis, so I’m gonna stop this post now!

I keep thinking Hannah Montana and the Jonas Brothers… with adults filling the role of thousands of screaming tweens. Towery has some observations:

The fact is that the Democrats on Monday night didn’t offer to America a coherent message that was palatable and digestible.

Nor did they on Tuesday, which only left the country wondering: Why did Obama pick another northeastern liberal male as his running mate when he could have chosen Hillary Clinton? She absolutely blew the convention hall away with a speech that had power and — surprise! — a discussion of meaty issues.

Now Obama has “a third running mate,” whether he wants her or not. Sen. Clinton has more charisma and substance in her little finger than Biden has in his entire body.

Now we know why the Obama team decided to move their candidate’s nomination acceptance speech to a giant stadium filled with tens of thousands of screaming fans. Having to follow Hillary and Bill Clinton in the same venue in which they appeared might lead to apple-to-apple comparisons that could leave Obama’s fruit looking bruised.

Why pollster Matt Towery goes well out of his way to champion Georgia’s two most utterly loathsome political creatures, Ralph Reed and now Newt Gingrich, is beyond me. No, it’s not really beyond me, but it’s just icky. Talk about sniffing around the tainted goods. From Towery, writing today for Southern Political Report:

If John McCain and the GOP want to thank someone for helping turn around what seemed a dead-in-the-water campaign in a matter of weeks, they can thank former House Speaker Newt Gingrich. Gingrich chose not to enter the 2008 presidential race, but his decision to use his “think tank” American Solutions organization to push for a “Drill Here, Drill Now” petition back in the spring is likely the source of John McCain’s miraculous rebound in the polls.

How stupid does Newt Gingrich still think we are? That we’ll fall for that good ‘ole empty-rhetoric bullshit and Rovian-style spin about Drill Here. Drill Now. As stupid as an arm-waving, hallucinating, religion-addled evangelical, the kind who get all glassy-eyed and foamy at the mouth (and mind) when John McCain responds to Pastor Rick Warren’s question about what in the gosh darn heck are we gonna do with Mr. Evil? Why Defeat it! of course, busted out a dogma-tarted-up McCain that fateful night on Saddleback Mountain. But I diverge…

John Stewart’s take on all that Drill Here. Drill Now yadayadayada is below. There’s absolutely no way I could say it better.

As for Republican campaign stalker Ralph Reed, the bad date that won’t go away for McCain, other than the new Obama ad running in Georgia painting him (Reed), whew, finally as the stinky cheesey shuckster he really is, I direct your attention yet again to… The Book of Ralph. One read says it all. Or just let Brother Bill Maher preach you the gospel for a few. (Always my preferred reality delivery device.)

Hey history… so much for Bull Run 1 & 2! How many times does Towery have to say this? The South’s in play come November with strong battleground states. Despite what the pundits aren’t getting, Towery continues to contend that Obama can change the electoral map from the south. Georgia and Virginia are key. And if you haven’t gotten the memo yet on why this is possible, here’s the VA poll data analysis this week.

While NPR spoke of Virginia as a battleground state this morning on Morning Edition (ME) while they visited the VA Obama and McCain campaign offices, Matt Towery of InsideAdvantage says Obama isn’t “stalling out” in the Presidential campaign at all; rather, this is a genuine horse race with good, measured momentum for the Obama campaign.

And not only is the South’s Virginia in serious play to go blue, but North Carolina and Georgia too, as much as that concept is consistently poo-poo’d by Republicans.

Towery’s far more interesting, knowledge-based perspective and explaination, as opposed to the not-terribly-with-it rambling of some Joe in a Virginia McCain campaign office (found in the ME story) is here. And yes, political conventions might be awful on TV, but they are a complete blast to attend.

Note to self: dig-up old ’88 conventions photos and scan them. (Yep, that’s how long it’s been since I’ve been to one. Hell, with the Olympics going on then the conventions coming-up right after that, I am feeling woefully like a media left-behind here in the ATL. Whine.)

Especially not if she takes Texas.