My friend Tom Roche went to Obama’s inauguration. Here are some snaps he took of his historic adventure.

more about “Tom Goes To The Inauguration on Vimeo“, posted with vodpod 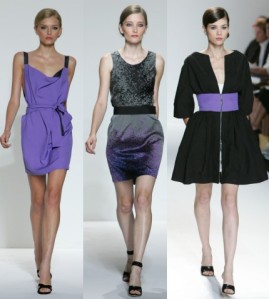 If you’ve never worked a media project in Atlanta with Jeff Jeffares you’re either a hack or thirteen-years old. Jeff’s been creating ATL-related media since before Zeus had a lightening bolt. And he just keeps on going… this time with a directing gig at an Obama inaugural ball. From the AJC:

Next week, Jeffares will fly to Washington, D.C., to help an old friend from Atlanta’s WAGA-TV, Carroll Platt, who is in charge of directing cameras at five of 10 official inaugural balls, including the Neighborhood Ball, at the Washington Convention Center. Jeffares, who has already submitted his name for Secret Service clearance, does not know which ball he will film yet.

Wonder if I could pull cable in Narcisco Rodriguez? Of course I could!