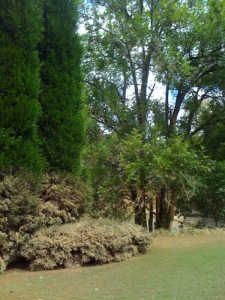 Brother can you spare a boat?

It took four hour for the Atlanta Fire Department (AFD) to get their rescue personnel into a rescue boat during recent flooding in the city – as AFD  floundered smack dab in the middle of one of the wealthiest zip codes in the city, if not the entire country.

Four hours to acquire a boat in a portion of a city where people have likely dozens of boats, of a vast variety, idling in backyard garages. Dozens. Just minutes away from a flooded creek from which people needed immediate rescuing.

According to The Sunday Paper, when AFD went broke during this recession they were forced to sell the only rescue boat they owned before the big flood of September 2009.

So be it. If you need a boat in 30327 and you can’t put out a plea to any number of neighbors and citizens nearby, in a time of crisis, who would gladly and urgently have offered a boat to assist in the rescue of neighbors and fellow citizens in the Internet Age, then that’s a sorry state of communication – a state of communication that illuminates just how critical it is that our social networks include, and overlap with, government entities and the people they serve and seek to assist. And vice versa.

During the flooding the week of September 20, 2009 in Atlanta there was almost no interruption to communication infrastructure such as cellular networks and Internet services.

Had anyone on the fire department rescue team asked any 30327 resident, bystander, onlooker or neighbor to help locate a boat, chances are someone could have stood right by the rising creek, whipped out a phone (smart kind or othewise) and called someone to assist with the immediate loan of an appropriate boat.

A 30327 resident might have sent out an urgent request on a neighborhood message board for a boat. Someone could have used their Twitter (and the #atlflood hashtag) or Facebook network to locate a boat.

If the Atlanta Fire Department had built their own Twitter and/or Facebook social network of citizens of the areas of Atlanta they serve, AFD could have used that network, immediately, to locate and acquire a boat — within the hour of need I’d guess.

But first you must, of course, HAVE a social network to ask things of and to utilize in times  of crisis! It’s not that the fire department did not have a boat to call their own; rather they could not get their hands on ANY boat for four hours… while they were surrounded in a sea of possible boats.

I recently witnessed a local Atlanta social network jump into action to assist an elderly neighbor who was discovered living without water service for over a year. Once people in the neighborhood became aware of the neighbor’s plight, and what was needed to help the situation, an entire community and social network kicked in to serve and assist. Virtually instantly. All because one email was sent to an established social network. In that particular case, a network created via a simple, free Yahoo! Message Board/group.

In times of crisis, people want to serve. People will serve and assist in whatever way, small or large, that they are capable of. Any disaster scenario has proved that over and over again.

But it takes communication to let people know what exactly is needed to kick-start our inherent sense of service. And it takes leadership. And it takes foresight.

Now, especially in a deep recession, it very well may take an established social network. Because a social network is comprised of all kinds of people – people who are willing and able and eager to serve…  in most cases.

In the case of severe flooding, your social network may very well have just the boat you need… if you ask that of your network.